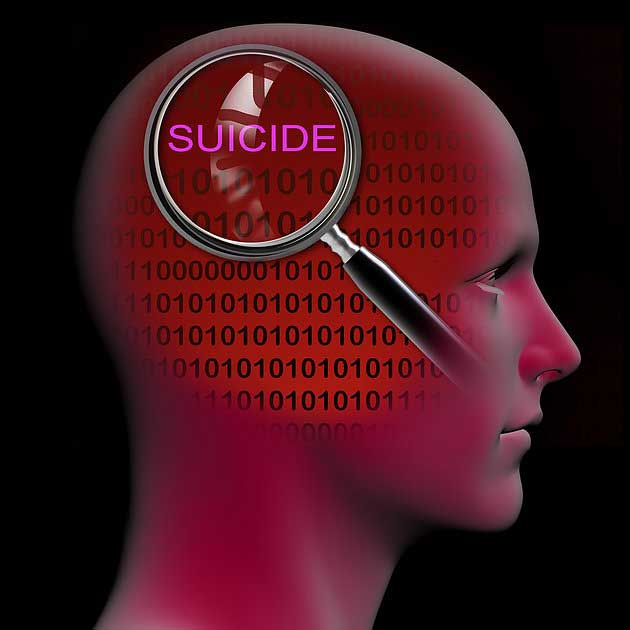 Q: “I recently heard about a person who killed himself. I have found myself feeling very upset, not just about the person I heard about, but about something from my past. When I was in high school a classmate of mine kept talking about suicide, and tried to do it a few times by cutting her wrists and taking pills. I avoided her like the plague. From what I hear she got straightened out okay and is leading a normal life. But I feel guilty about the way I turned my back on her. What if she had committed suicide? I just don’t know what to make of this whole scary topic.” Phil

A: Phil, it sounds as though your high school experience really had an emotional effect on you, and those feelings have remained buried until recent news of a suicide brought them back out. First of all, I want to offer you a word of reassurance. Although you feel guilty about having “turned your back” on your high school classmate, remember that we can only do what we’re capable of. Apparently, when you were a high school student you found your classmate’s suicidal talk and gestures to be so frightening that you couldn’t face your feelings about it. So you shunned her to protect yourself. That did not make you an unworthy human being; it just showed that you did not yet possess the openness and skills to deal with this intense emotional situation. Another point is that most people who talk about suicide do not truly want to die. Most want help and support to make their lives better. That is why the term “suicidal gesture” is used so often. An act of self harm that does not result in death may wake others up to the fact that the person is truly hurting, despairing, and in need of some help.

But just because the suicide attempt may be a “gesture,” the gesture would best be taken seriously. There is usually a great deal of pain and despair behind such behavior. The suicidal individual cannot even imagine the pain ending. The emotional pain may be worse than the physical pains we experience due to many physical injuries. You may find yourself thinking “If someone is in so much pain and needs help, why don’t they come out and ask for help?” People are often very fiercely independent. We could say we live in a “counter-dependent” society. It is easier for most people to offer help than to accept it. Some people feel that getting help shows weakness and lack of worth. Since they cannot tolerate the sense of dependence in the act of asking for help they may be driven to the more independent, though rigid and self-defeating, act of a suicide attempt.

Another important point has to do with completed suicides. In some cases a suicide victim is a person who has made a number of suicide gestures, gradually increasing in lethality until their suicide is completed. In such a case it may be helpful for the person’s associates to think back on the episode and to try to figure out how and when they could have recognized the pain and despair which was present.

But there are times in which a person decides to die and carries out their plan with highly lethal means and no previous gestures. In such a case, in which the person truly decided to die and made no attempt to seek help or to let people know how despairing they were, their suicide may simply not have been preventable. People who feel suicidal are in the midst of an emotional crisis. Most suffer from depression, which is treatable with psychotherapy, medication, or a combination of both. It is very important that a suicidal person obtain treatment as soon as possible from a mental health professional.

What can we do? What can we do about these tragic circumstances? First, we can work together to create an atmosphere in which we accept that worthy persons sometimes need help with emotional problems of living. Secondly, we can take it seriously when we hear someone expressing suicidal thoughts, and we can do our best to gently but firmly recommend help. And lastly, when a person we know commits suicide and leaves us with emotional pain, we can seek out some assistance for ourselves. And we can do so quickly. There is nothing to be gained by letting feelings of guilt or any other destructive feelings continue unattended.