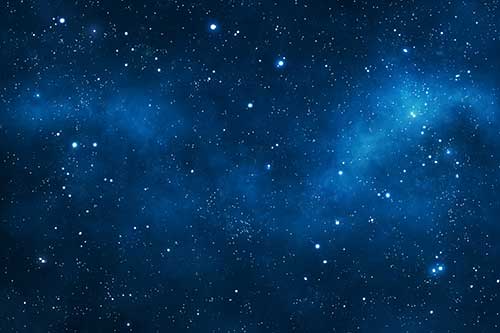 There is so much to know and to revel in about the Universe, I hardly know where to begin! As you probably know, it was not until the 16th century that it became known that the Sun, and not the Earth, is at the center of our solar system, and that those pinpricks of light in the nighttime sky are actually other stars, like our Sun. But the discoveries we have made in the past one hundred years have expanded our knowledge to a degree that can hardly be expressed.

Until the work of the great astronomer Edwin Hubble, we believed our star is one in a single sea of stars. With telescopes we did see little spiral patches of light in the sky, and referred to them as spiral nebulae. It was Hubble who proved that those little spirals are actually separate galaxies that only appear small because of their immense distance from us. We now know that our Milky Way Galaxy – an “island universe” of between 100 billion and 200 billion stars, is but one of countess billions of galaxies in the known Universe.

Our Milky Way galaxy has a couple of companion galaxies – relatively small, irregular galaxies called the Large and Small Magellanic Clouds, which can be seen as diffuse patches of light from the southern hemisphere. But the nearest large spiral galaxy is the Andromeda Galaxy. Would you like to try to imagine its distance from us?

First, we have to envision the speed of light. Light is pretty quick, traveling at 186,200 miles per second. If you could circle the entire Earth 7 and ½ times in a second, you’d be traveling at the speed of light. Suppose you could keep up that dazzling speed for 4 years and 4 months. Do you think that would get you to the Andromeda Galaxy? No, it would get you only as far as Alpha Centauri, which is the closest star to our star. You would still be right here in our stellar neighborhood. To reach the Andromeda Galaxy at the speed of light, you would have to travel for two million years! Think of it this way: the light that reaches our eyes, or our telescopes, from Andromeda actually left Andromeda two million years ago, 1,700,000 years before Neanderthal Man made his appearance on Earth. I hope that just thinking that thought touches something inside you, and makes you wonder what other incredible things there are to know and to enjoy knowing.