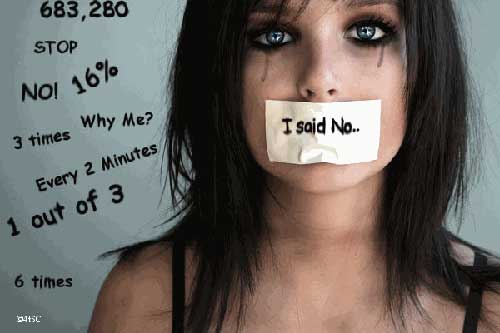 Q: “I’ve heard a great deal of talk lately about rape and date rape. There’s one thing that bothers me, and that’s the fact all the blame is placed on the male. We males are very sexually motivated and easily aroused. Everyone knows that. Let’s say a girl dresses provocatively, and goes to a party, gets drunk, and things go further than she intended and she’s forced into sex. Don’t you think she’s partly to blame for what happened?” -Mel

A: Mel, let me try to put some clarity into this matter with an analogy. Let’s suppose that I buy my father a birthday gift and have it gift-wrapped. I then place the gift on the front seat of my car and go into the supermarket, leaving my car door unlocked. When I return, the gift has been stolen.

You may certainly say that I was unwise. In the sense that I was not vigilant enough to protect myself, you could even say that I made myself a more likely victim of theft. But the person who took the gift is, nonetheless, a thief. And a thief is more than an inconsiderate person. A thief is a criminal.

The analogue: Let’s suppose that a woman goes to a party on a first time date, and drinks to the point of intoxication. Suppose she is too drunk to exert control over what happens, and she is forced into sex.

You may certainly say that she was unwise. In the sense that she was not vigilant enough to protect herself, you could even say that she made herself a more likely victim of date rape. But the person who forced her is, nonetheless, a rapist. And a rapist is more than an inconsiderate person. A rapist is a criminal.

Mel, I can certainly understand your statement about being highly sexually motivated and easily aroused. But we’re all responsible for our behavior, and there’s an expectation that we keep our behavior within legal and ethical bounds. So, find yourself a partner who is awake, sober, and clearly willing , and have a wonderful time.