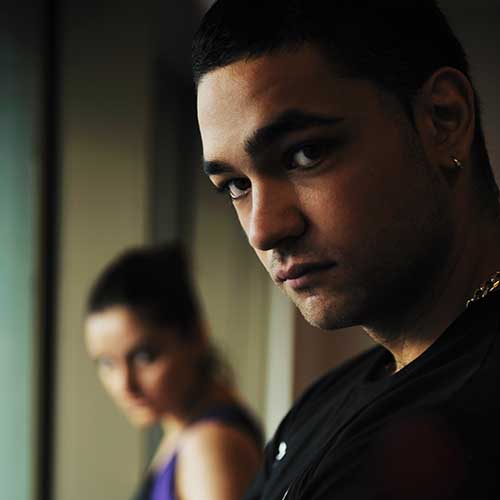 Q: “I’m worried about my uncle. He’s twenty years older than I am. I have always been very close to him, and have always relied on him as a friend, counselor, and confidant. This may sound strange, but seeing his strength has in a way always provided me with strength to go on in the face of problems. But things have changed. He and my aunt have divorced, and his reactions scare me. For awhile, his mood changed a lot. One day he’d be “high as a kite” with ideas and plans. Then the next day he’d be “down in the dumps” and feeling hopeless. Now he seems happier, but he’s “acting young.” It seems he’s busy every minute. He’s dating different women, working out every day, starting projects, and he doesn’t seem to settle down. Should I be really worried, or is this normal for a divorced man?” -Pete

A: First of all, Pete, it sounds as though your uncle is and has been a very important person in your life. I can understand your worry. It can certainly be frightening when we see changes that we don’t understand in a person we love and rely on.

Pete, in certain ways cessation of social contact (like divorce) can have as much emotional impact on a person as losing someone through death. There are a number of emotional stages that divorced persons typically go through. Let me say from the start that the feelings and behavior which you have observed in your uncle are normal in the sense that they are common to many divorced individuals.

When I use the word “stages” I do not mean that there will be a predictable order to your uncle’s reactions, or that when he seems to leave a stage, it is complete. These are emotional and not chronological stages.

When your uncle’s divorce reached the phase of physical separation, it was a shock him. He experienced an “emotional roller coaster,” in which at some times he was enthralled by all the new possibilities for his life, while at other times he focused on his loss, loneliness, and perhaps even feelings of guilt or failure. That was what was happening when you said he was either “high as a kite or down in the dumps.” It’s a very common set of reactions.

What you describe as your uncle’s current state of being – “acting young” – is sometimes known as a “2nd adolescence.” It has the good effect of getting him active and involved, but it could have the negative effects of tiring him out and of delaying the resolution of his feelings of loss. Nonetheless, once again it is a reaction to be expected. And, it would be typical for your uncle to now have the knowledge and maturity to make this so-called “2nd adolescence” less disruptive than the real thing.

When these emotional stages run their course, Pete, your uncle will face the hard work of reintegrating himself into a lifestyle which does not include his former wife. When a person divorces, readjustment typically takes considerable time. Mood fluctuations and a “2nd adolescence” are common before the hard work of readjustment. You have every right to be concerned, but I hope I have reassured you that the reactions which you have described are normal ones, in the sense of being typical and usual. Of course, your uncle may be as confused as you are about what he is going through, and counseling could help him.